What *Exactly* is Happening To Ontario’s Education System? 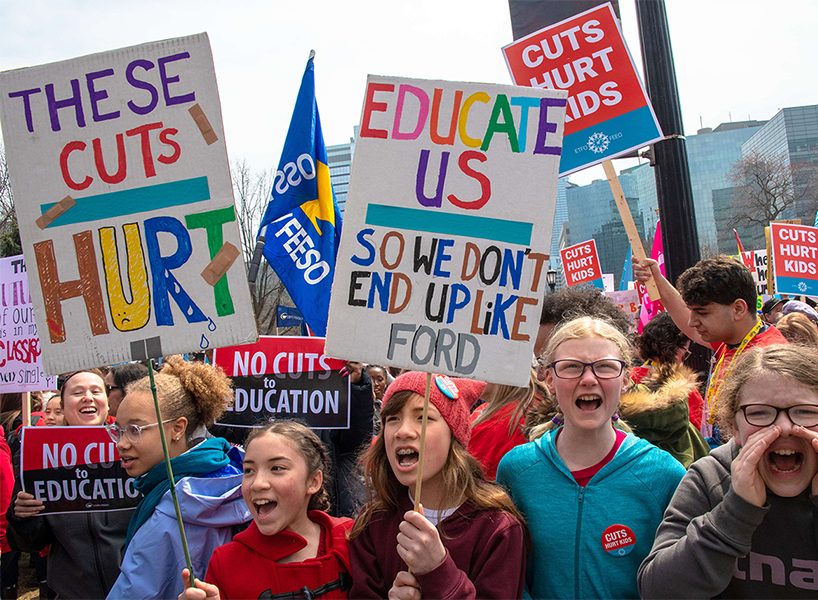 More than 100,000 students participated in a province-wide walkout on April 4, and on April 6, around 10,000 teachers, students and parents showed up to protest at Queen’s Park. They were all rallying against Premier Doug Ford and Education Minister Lisa Thompson’s proposed cuts to education—especially an increase in class sizes and a decrease in the number of teachers. What exactly is happening? We break it down for you.

What exactly are the proposed changes?

In a plan called “Education that Works for You” that was unveiled on March 15, the Ontario government outlined three major goals—modernizing classrooms, modernizing learning and modernizing health and physical education.

As per the plan, “modernizing classrooms” means improving broadband internet access, requiring high school students to take a minimum of four online courses (up to now, online courses were typically optional) and making “sustainable” cuts to Grants for Student Needs, which covers costs for things like classroom supplies and Indigenous language programs. (But, the government notes, “key programs will not be changed, specifically to special education and student transportation funding.”) It also means increasing class sizes—under the plan, average class size for grades four through eight will rise from  23.84 to 24.5, while average class size for grades nine through 12 will jump from 22 to 28.