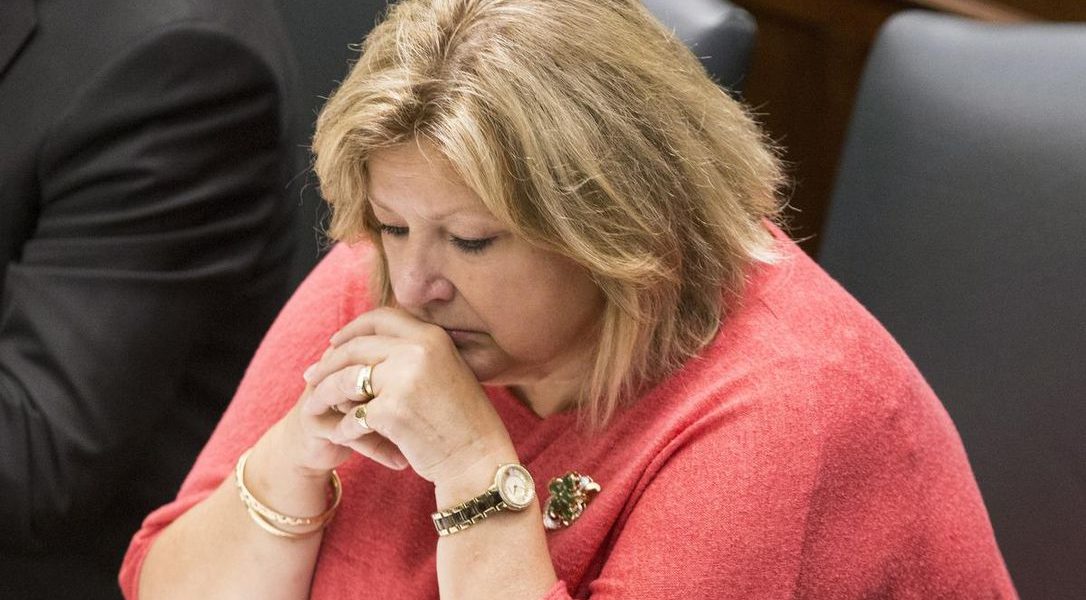 Nearly 1,800 health-care professionals are adding their voices to those urging the provincial government to keep the updated sex-ed curriculum.

A letter of concern and a petition were delivered to Queen’s Park on Tuesday, saying the old curriculum — which was used starting in 1998 — is unsafe for kids. It was signed by doctors, nurses, midwives, social workers and medical students, among others in the health field.

However, Education Minister Lisa Thompson told reporters she expects teachers to revert to the previous curriculum while the government holds public consultations.

The old curriculum was taught until 2014 but because it is two decades out of date, it does not include a number of current issues including cyberbullying or talk of same-sex families or consent.

“We invite everyone to participate in our consultation that we’ll be kicking off later this fall, and so while I appreciate them coming forward and exercising their voices (Tuesday), I really want to engage them, again, in the proper consultation that we promised we would do,” Thompson said at Queen’s Park, adding “it’s about respecting parents.”

Some 27 public school boards have now also issued statements on the province’s decision to revert back to the old lessons, with some saying they will teach equity and inclusion regardless. One board in northern Ontario has said that without proper resources — it no longer has the old curriculum — as well as funding to train teachers, it won’t use the outdated curriculum.

Meanwhile, some teachers have signed an online petition saying that this fall they will be “teaching best practices in health and physical education … (and) applying the principles of equity and inclusion to uphold the human rights and dignity of all our students.”

It also says they will be “insisting that the buildings our students learn in be safe and healthy. We will not be bullied by any governments’ attempts to roll back life-saving advances in curriculum or cutbacks to crucial education funding.”

However, at least one unit of the Ontario English Catholic Teachers’ Association is warning that educators who “take a pledge to continue to teach the right thing in spite of the Ontario government’s latest announcements” could face discipline.

Thompson has been asked repeatedly about the consequences for teachers who don’t follow government order, but will only say she is “confident” teachers will use the previous curriculum.